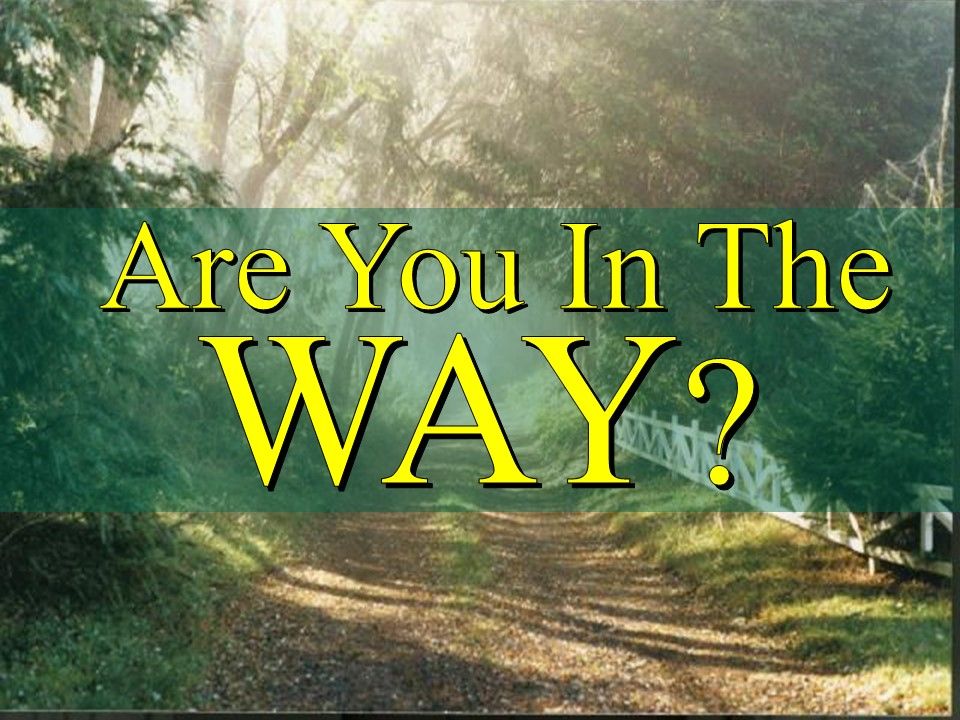 Are You In The Way?

How many ties have you seen a television commercial, a TV program, a movie or a possibly experienced in your own lives the scene where a man is lost and he refuses to consult a map because he says, "I know the way, I don't need a map." So often we attribute this characteristic to a man because he is proud of his ability yo do certain things. This type of pride can affect both men and women in that they believe they know the way and that their way is the best way

When it comes to religion there are so many voices saying, “My way is the true way.” “My way is the better way.” ‘You go your way and I’ll go mine and we’ll get to heaven at the very same time.” In Chinese Taoism (Daoism), tao (dao) means way or road. It is a religion that claims to tell the way reality is to be perceived, a religion that says its way is best.

Christianity calls itself “the way” as in a way to live or a way to be living in, yet it makes a far bolder claim. It claims that Jesus is the way.

Topics: I am the way, the way
« Lessons Learned From Felix Learning To Walk »